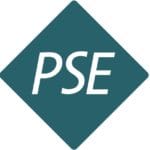 PSE plan to cut emissions is a positive first step. More are needed

“PSE’s proposal to begin reducing greenhouse gas emissions is an important first step as Washington strives to meet its responsibilities under the Paris Climate Accord. And, by accepting the need for a price on carbon as part of a portfolio of policies to address climate pollution, PSE is establishing itself as a leader among energy-intensive companies,” said Hirsh.

“At the same time, the plan announced by PSE does not yet address the need to reduce greenhouse gas emissions from natural gas. Nor does it provide a plan to accelerate investments in energy efficiency and new renewable resources.”

Hirsh also took issue with a PSE press release, which claimed that, with the retirement of coal-fired generation, PSE “will be nearly 90 percent clean — meaning non-coal generation — and on the path to 100 percent by the early 2030s.” “Emissions from natural gas are a significant contributor to climate change and natural gas is not generally considered a clean energy resource,” asserted Hirsh.

She continued, “We look forward to working with PSE on renewable energy, energy efficiency, carbon pricing, and new regulatory initiatives to help PSE realize its goal of becoming a utility of the future.”