Skip to content
Rule’s repeal would pollute the atmosphere and cost taxpayers hundreds of millions of dollars
Today, the NW Energy Coalition and the Western Environmental Law Center announced their support for U.S. Senators Tom Udall (D-N.M.), Martin Heinrich (D-N.M.) and Ron Wyden (D-Ore.) in their efforts to fight a proposed repeal the Bureau of Land Management (BLM) Methane Waste Rule.  The proposed repeal would result in an unconscionable and unnecessary waste of natural gas at oil and gas facilities on federal and Indian lands. 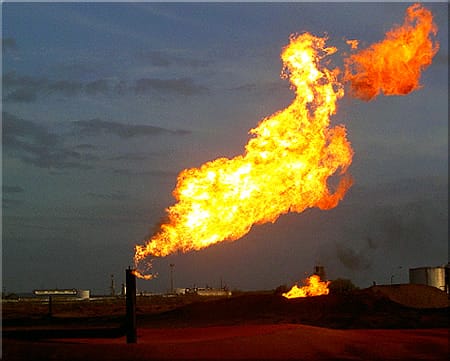 In a recent “Dear Colleague” letter to all members of Congress, Senators Wyden, Udall, and Heinrich explain that the oil and gas industry currently wastes methane worth more than $330 million annually due to leaky infrastructure and deliberate burning and emissions into the atmosphere.  As a result taxpayers and the federal government are forced to forego royalties that would add up to over $800 million in the coming decade, vast amounts of the greenhouse gases are emitted into the atmosphere, and enough methane to power 740,000 households every year is squandered.

By enforcing the Methane Rule, BLM addresses these problems and fulfills its legal responsibility to minimize the waste of public resources. The proposed repeal, which has already passed by a narrow vote in the House, is especially harmful because proponents are using the obscure and extreme Congressional Review Act (CRA) to kill the rule.  Under the CRA, the Methane Rule would not only, be repealed, but BLM would be forbidden from writing any “substantially similar” rules, thus locking in the damage indefinitely.  And Congress, unable to work collaboratively on even the most basic legislation, would need to act again in the future to reinstate BLM’s authority.
In an op-ed, Susan Jane Brown, Wildlands & Wildlife Program director at the Western Environmental Law Center, writes, “To reject the methane waste rule wholesale using the CRA would be worse than throwing the baby out with the bathwater: it would create an intractable situation preventing BLM from safeguarding publicly-owned methane, counter to its legal obligations to the taxpayer.”
Brown is joined in the op-ed by NW Energy Coalition Policy Director, Wendy Gerlitz who writes, “Sen. Wyden is right. Using the CRA, designed as a last resort, to kill a widely supported taxpayer protection and public health rule would be a disservice to all of us.”
#     #     #
For more information contact:
Sean O’Leary
sean@nwenergy.org
603-661-3586
Posted in Featured, News, Policy
← NW Energy Coalition supports Clean Energy First Act in OlympiaSpring 2017 Clean & Affordable Energy Conference — Boise! →