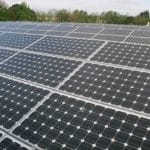 New Washington solar bill is a move in the right direction

OLYMPIA, Washington — During its last-minute rush to enact a new state budget, the Washington legislature managed to agree on a new package of incentives for commercial, community, and home solar installations.

The bill provides those businesses with a degree of predictability about how the state will gradually reduce incentives between now and the year 2029 when they will vanish altogether. By that time, it is expected that solar costs will have diminished to the point that incentives are no longer necessary.

The bill also establishes a statewide database that provides transparency on where the incentives are going. It creates a reuse and recycling program for used solar hardware. And it repeals the sales tax exemptions for solar installations.

There are also concerns and unknowns. The statewide incentives pool of $110 million represents a cap that may be reached before some utilities have used up their individual incentive pools. If that happens, projects that are otherwise qualified may not be funded. The bill also repeals the solar sales tax exemption

Finally, the bill makes no provision to help low-income communities benefit from solar, although it does instruct the Housing Finance Authority to study and report by the end of this year on how incentives and other funds can be better used to benefit customers, particularly those of low and moderate incomes and directs Washington State University to report on where incentives are used and the kinds of projects.

Key bill provisions are as follows:

For those who receive incentives:

Existing customers will continue to receive incentives through 2020, as originally established in law, at the rate the incentive was calculated last year.

For new applications that are received after September 30, 2017 and before June 30, 2021,by participating utilities, the bill defines four classes of installations, defined by size:

Incentive rates vary depending on customer classification and the size of the installation.

The bill also requires Washington State University to report in November 2019 on how funds are allocated among the various classes of customers.

In the face of the state’s ongoing financial challenge, the retention of solar incentives is a major achievement that required a herculean effort by many legislators. Noteworthy among them are Governor Jay Inslee, Senator Reuven Carlyle, and Representatives Jeff Morris, Gael Tarleton, Jake Fey, and Beth Doglio.