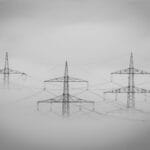 The paper’s high-level look at the operational data shows that the lower Snake River dams: