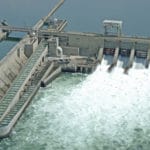 A simple choice to save salmon and orcas

In a recent letter to the editor of Orcas Issues News & Views, Lopez Island resident, Michael Karp, said of removing four lower Snake River dams, “. . . orcas here in the Salish Sea would have the best overall chance of survival by benefitting from the increases of endangered and threatened salmon and steelhead native to the lower Snake River and the ecosystems that depend upon them.” 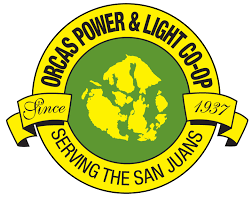 Karp was responding to a resolution recently passed by OPALCO (Orcas Power & Light Co-op) that condemned the idea of dam removal as a means of saving starving orca whales by restoring salmon populations that have been decimated by the dams. The OPALCO resolution traffics in three myths about the plight of salmon, the role the four dams play in the Northwest power system, and the efforts currently underway by the state of Washington to examine the problem.

At one point, the OPALCO resolution says, “We oppose the removal of the dams because we don’t believe it will solve the problem for our fish and the food chain and may worsen the situation.”

“Worsen the situation”?  It’s hard to see how.  The facts are that the dams have depleted Snake River salmon populations by more than 90%, Snake River salmon are a primary food source for orcas that are now dying of starvation, and previous dam removals have been highly successful in restoring fish populations.

The second myth, which isn’t overtly stated but implied, is that the Northwest power system would somehow be harmed or compromised by removal of the dams, which generate an average 1,000 megawatts or about 4% of electricity in the Northwest. In fact, last year the NW Energy Coalition released an operational study, which determined that the power and grid services provided by the dams can be replaced by a portfolio of clean energy resources including wind, solar, storage, and energy efficiency at little cost, with little or no increase in greenhouse gas emissions, and with a net gain in the reliability of the power system.

Finally, the OPALCO resolution condemns a state-funded stakeholder process to examine the implications of possible dam removal on the grounds that the effort is redundant with the federal government’s preparation of a court-ordered environmental impact statement.  OPALCO’s contention represents a fundamental misunderstanding about the purpose of the stakeholder process, which is not being conducted to determine whether or not the dams should stay or go, but rather to examine the economic and social implications of dam removal and to make sure that people in the Northwest understand the effects that dam removal and restoration of the river and fish populations would have on them and their lives.

That is not at all redundant with the federal EIS process that will have a more narrow focus and that will leave important questions unanswered unless we take it upon ourselves as residents of the region to explore those questions.  And, when we do, we’re likely to find out that the news is good.

In his letter to the editor, Michael Karp points to a recently released study by ECONorthwest, which concluded that removing the dams, replacing the power they provide, and restoring the Snake river and its fish populations would produce a net economic gain of $8.2 billion for the region.